To celebrate 15 years of Kendal Calling, Lancaster Brewery has teamed up with the North's favourite festival to create the brand new KendALE Calling IPA 4.2%. This crisp, hoppy IPA has a dry finish, and is available from January - June 2020.

Kendal Calling was first held in 2006 as a two-day event in Abbott Hall Park, Kendal, and had a capacity of just 900 people. Since then, the award-winning music and arts festival has drawn crowds of up to 25,000, and is now held annually at Lowther Deer Park, near Penrith, over four days. Artists who have performed at Kendal Calling include Calvin Harris, Blondie, Dizzee Rascal, Mumford & Sons, Pendulum, Snoop Dogg, and many more.

To add to the fifteenth anniversary celebrations, all pubs stocking KendALE IPA will be added to the Kendal Calling Ale Trail of the best pubs and bars in the region, and made Ale Partners of the festival. A pair of tickets will also be given to all pubs carrying Lancaster Brewery KendALE for 3+ months, which can be used personally or for competitions. 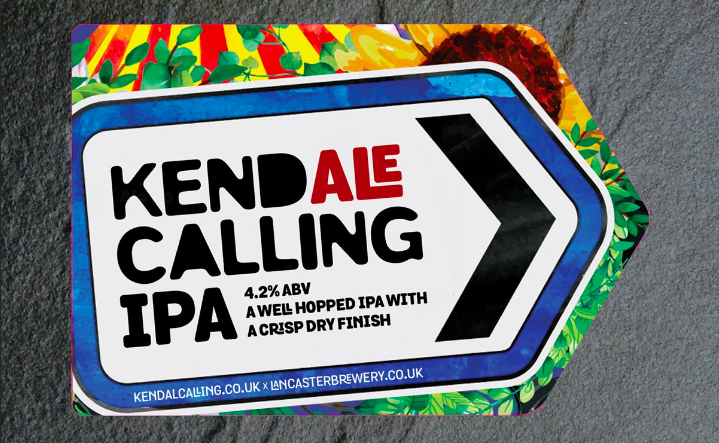